Decision due on whether historic Norwich riverside pub can become homes 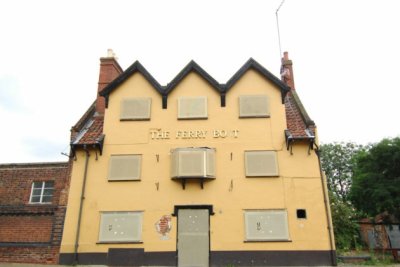 Decision due on whether historic Norwich riverside pub can become homes

The Ferry Boat Inn, in King Street, closed its doors for the last time in 2006, and since then the building has twice changed hands.

Plans to transform it into a backpackers’ hostel were approved in 2011, but work never started and the site was sold to its current owners – Ferry Boat Developments.

They want to redevelop the site to provide 43 homes, including a mix of studios; one, two and three bedroom flats and houses.

That would see conversion of the listed pub, but also new buildings, including one tower of seven storeys.

The proposals met opposition, which led to some revisions being made to the proposals.

But concerns remain, with Historic England still not happy with the “excessive height” of the tower and people living in nearby Cannon Wharf and Spooners â€¨Wharf claiming the development would lead to overlooking and loss of privacy.

In documents which will come before members of the city council’s planning committee on Thursday, planning officer Tracy Armitage said the proposals would see “an intensive use of the site”.

She said: “This will result in a substantial change in the appearance of the site and in the outlook for local residents and this will result in a degree of harm. However, on balance, this harm is considered to be outweighed by the benefits of the scheme.”

Officers are recommending that councillors grant approval to the proposals at their meeting on Thursday, with a number of conditions.

An application for a walkway, staithe and balconies was withdrawn after the Broads Authority raised concerns that it would cause congestion on the river.